Images from the TAF! Campaign fill the refugee demonstration in Hamburg

In October last year, the TAF! (Taller de Acción Fotográfica de Enmedio) carried out a work session in Hamburg. The result was the campaign Mr Lord Mayor, would you have deported The Beatles too?, a photographic intervention in support of the group of sub-Saharan refugees who are known as ‘Lampedusa in Hamburg’.

Two weeks later, John Paul, Ringo and George joined another 15,000 people on the streets to protest against the deportations and claim their rights as refugees. On that same day, our photographic works featuring the faces of these ‘new Beatles’ were everywhere: on banners in the demonstration, on posters on the walls of different parts of the city, and even on postcards handed out to passers-by.
Experience shows that when you cross the desire to change a situation with the right people, you get surprising results. This workshop is one example.

More photos of the action. 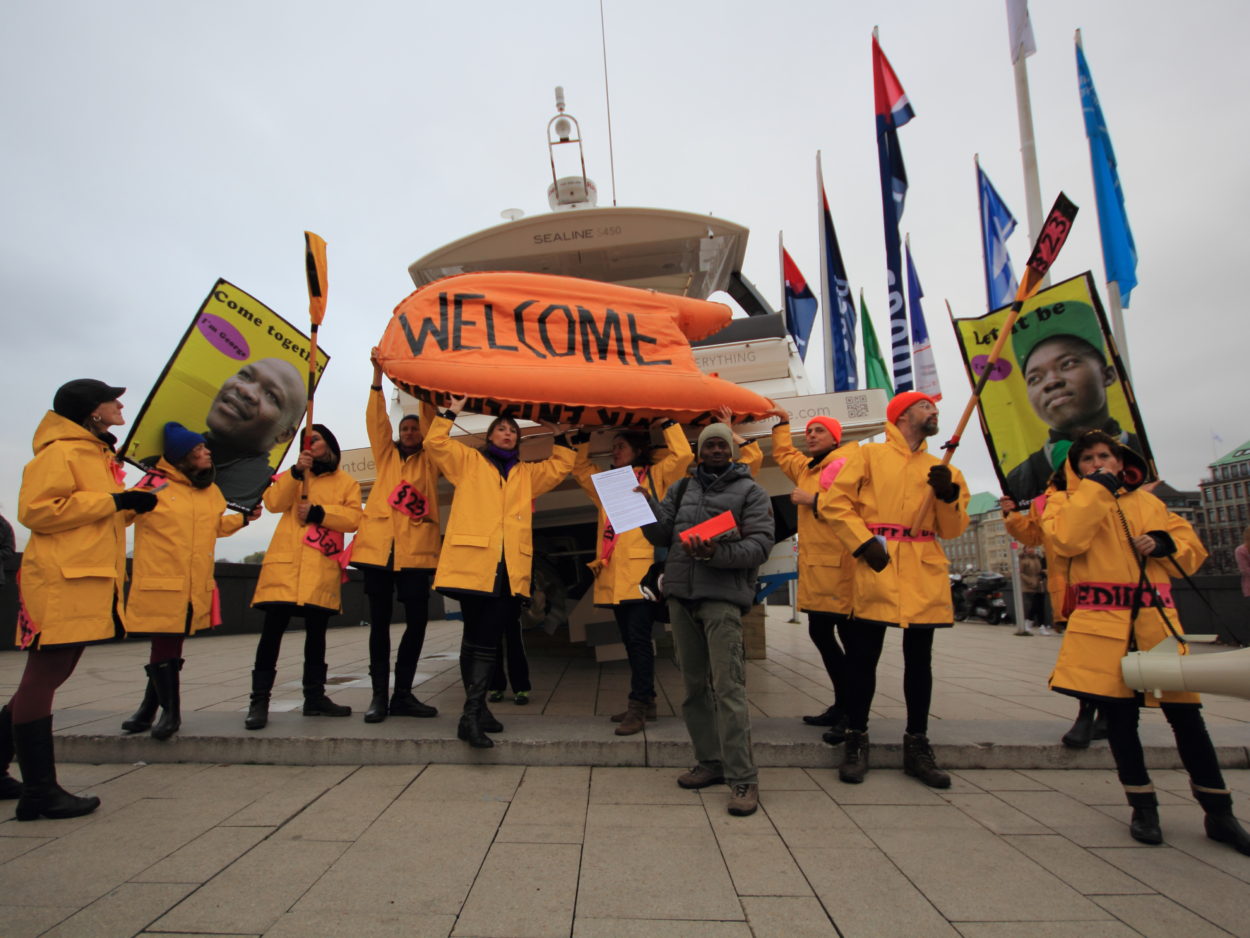 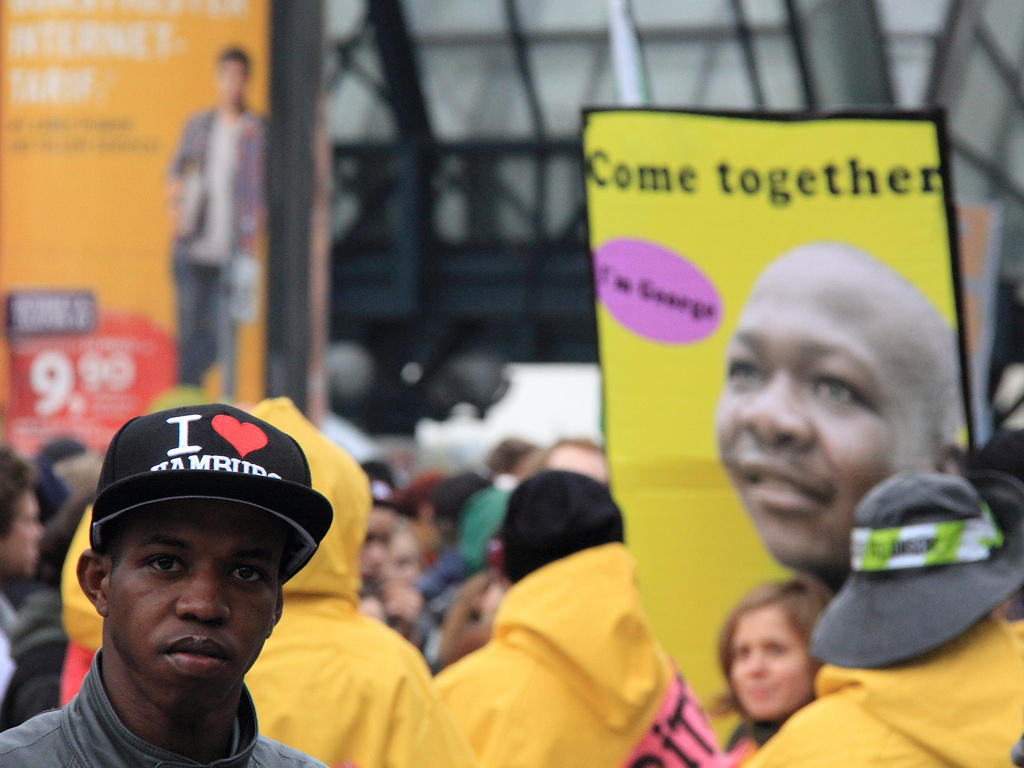 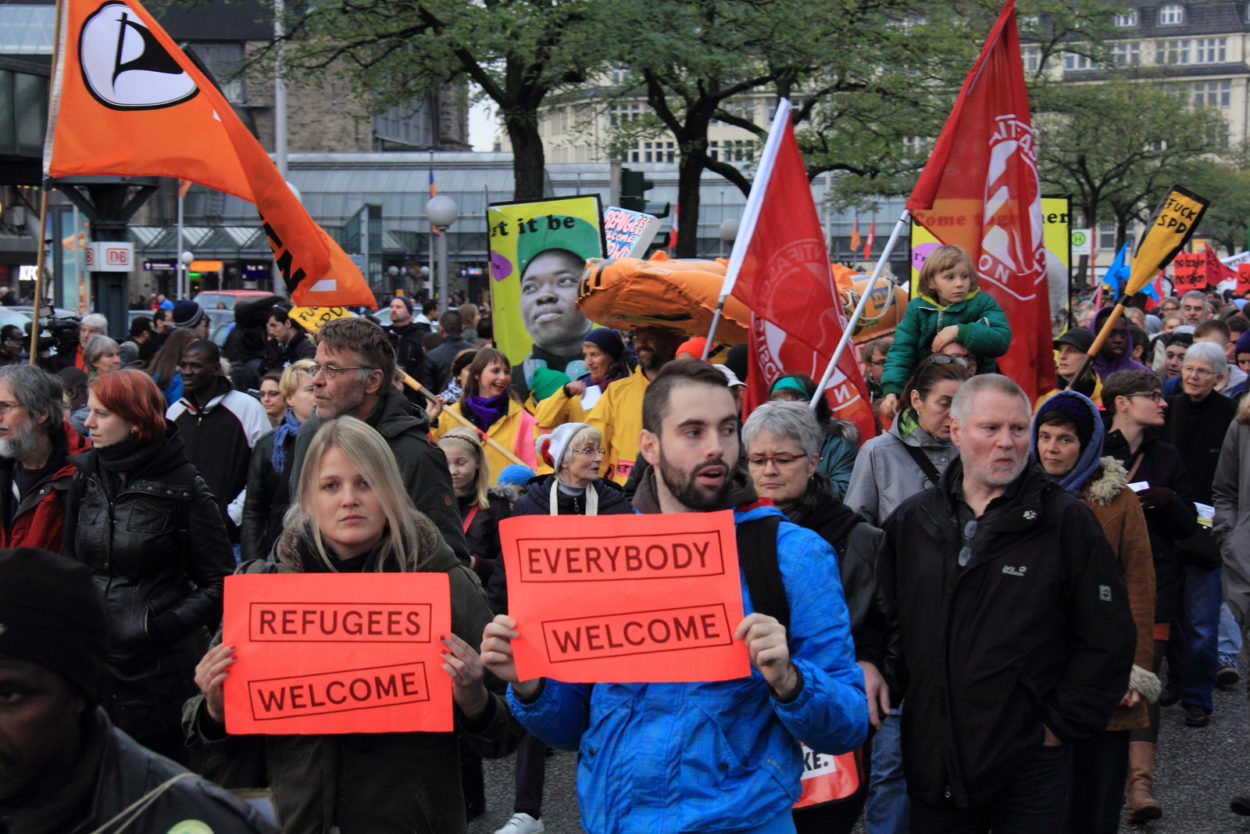 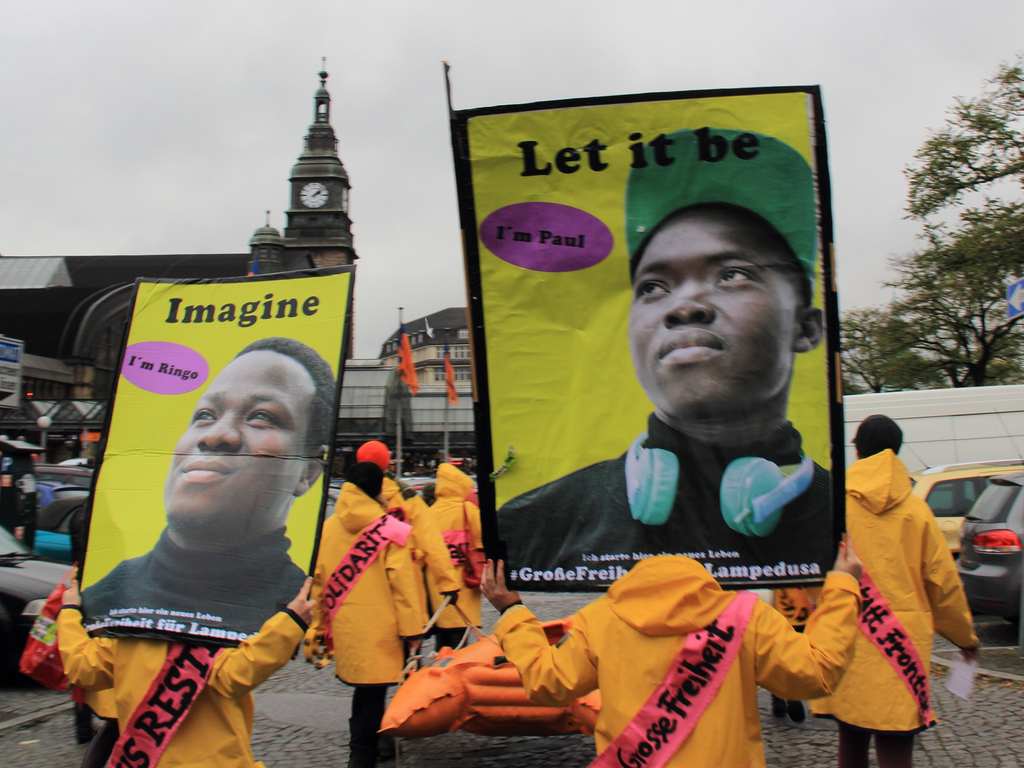 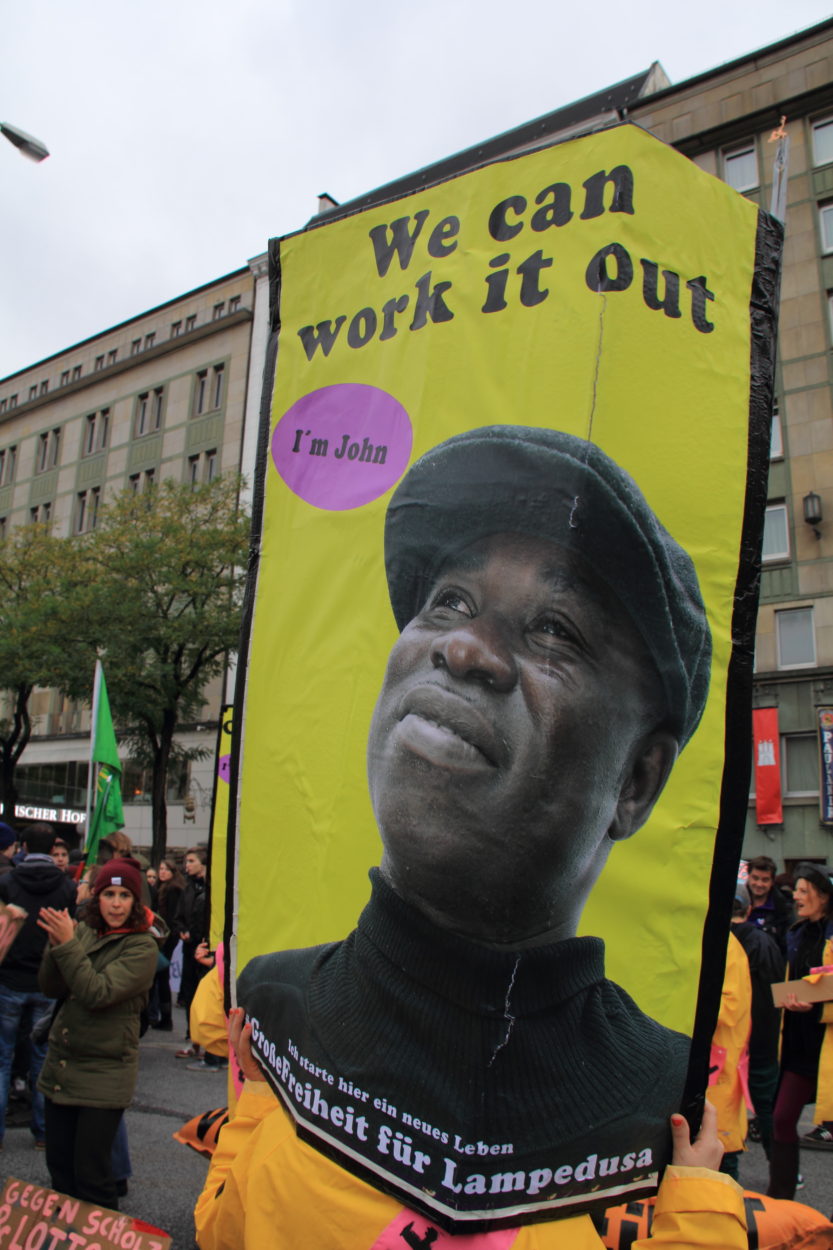